I’ve never been big on biscuits and gravy. It seems like a lot of carbs in one meal… not that there’s anything wrong with that, it’s just not my thing most of the time. That being said, this weekend was cold and rainy. It seemed like the perfect time to start baking and carb loading, so that’s exactly what I did. I also wasn’t feeling the greatest, so it felt good to bake and lounge. 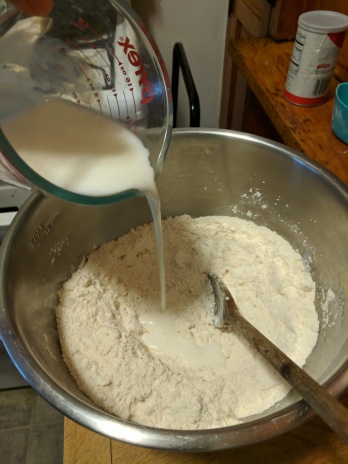 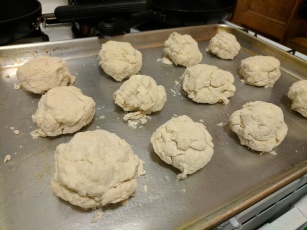 Last summer I was having a hard time with my anxiety. While most people with anxiety feel safest at home… my home was triggering a lot of it for me. This made it hard to be home alone, which was frustrating because I was newly divorced and living alone. Being the amazing human that she is, Hannah offered to let me stay at her place whenever I was feeling overwhelmed. This happened a good handful of times. Her husband was supportive of this, and would often cook us breakfast in the mornings. He makes bomb biscuits and gravy, which was something I didn’t even think I liked. I remember one instance when I spent the night on a Friday. Hannah had to work in the morning, but I slept in. Her husband made me breakfast anyway. Some people might think that is weird… but fuck those people. I needed to get out of my apartment, and they welcomed me into their home. Not only that, but they treated me like family.

I’m really lucky to have so many good humans in my life. 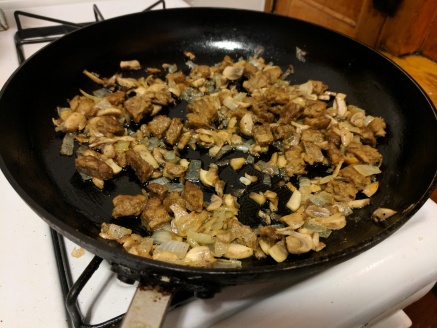 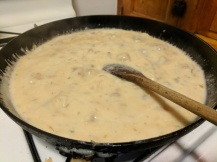 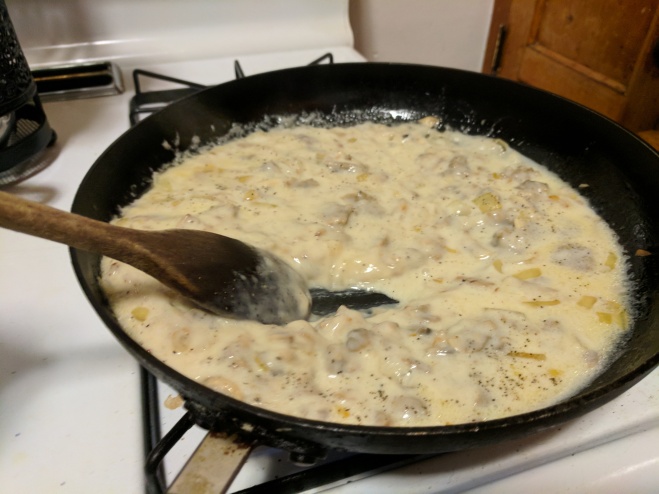 This version isn’t the same recipe Hannah’s husband uses, but it’s still pretty great. While I’m still learning how to bake biscuits that are light and fluffy, I fucking killed it on this gravy. I’ve been a little mushroom’d out since making that mushroom barley soup a few weeks ago, so I didn’t add as many mushrooms to this as I normally would. Instead, I opted for some veggie sausage. You could easily add more mushrooms and omit the sausage. Or you could omit the mushrooms and add more sausage. This can easily be made vegan (see substitutions in the recipe), or you could add meat. I love when one recipe can be adjusted without much fuss. 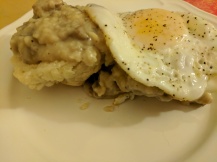 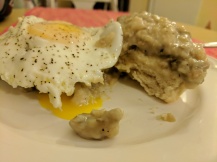 A handful of mushrooms, chopped

Salt and pepper to taste 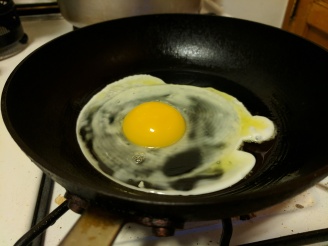 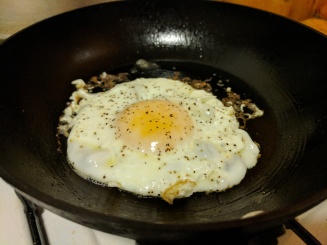 Preheat oven to 425 degrees. Mix together all of the dry ingredients in a large bowl. Cut in the cold, cubed butter either with a pastry blender or your hands. I chose hands because I’m not fancy. This just means squishing the butter into the dry ingredients until it is crumbly. There will still be some small chunks of butter remaining. Add the liquid all at once and stir it in quickly (but gently) for about 20 seconds. This didn’t work as well for me, and I ended up needing to add more buttermilk. The dough should be soft… mine was dry/flaky. I did the best I could. Once your dough is ready and the right consistency… scoop it onto a baking sheet. This will make about 12 biscuits. I just used my hands to make medium sized balls of dough. The more I read about making biscuits, the more I think that is a bad idea. I guess they don’t like to be touched that much, and it can cause them to be hard (like mine). Sigh. It’s a learning process for everyone involved. Let me know how you handle it, and how they turn out. Mine were still good, but could have been softer/fluffier. Bake your biscuits for about 15 minutes, until they are lightly golden brown.

Melt butter in a large skillet over medium-high heat. Throw in the onions and saute until they begin to soften (3-4 minutes). Add in mushrooms and cook another few minutes, until soft. Add in the veggie sausage. While the veggies are cooking, place the cornstarch into a small bowl with a little bit of the milk. Whisk together until it becomes a smooth paste, then slowly whisk in the rest of the milk. Once the veggies are cooked, pour in about 1/3 of the milk mixture and stir until it begins to thicken. Slowly stir in the rest of the milk mixture, mixing well. Pour in the broth and seasonings and continue to stir until everything thickens. Gravy will be thick and bubbly. Taste and adjust seasonings as needed.

I like to serve it over a biscuit that’s been cut in half, and then top it with a fried egg. You could totally eat this without an egg, you could add veggies, you could pour it over potatoes instead of a biscuit (Fuck. I’m definitely gonna do that). Whateverthefuckyouwant.

It is an excellent breakfast for dinner situation, too. 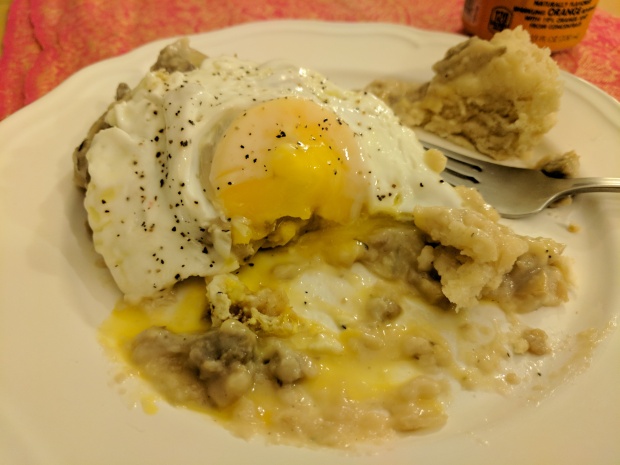 One thought on “Vegetarian Biscuits and Gravy”