I’m doing this new thing where I actually have some kind of schedule with posting blogs. You know, like a responsible adult that actually wants regular readers. But, fuck… having a deadline is exhausting. I thought I’d start posting every Sunday… then last Sunday passed without a post. I got one done by Tuesday, so then I was like, “Great! I’ll just post every Tuesday.” But now, here I am… Tuesday night. No post yet. I’m working on it, but I really just want to watch The L Word and go to bed early. I was going to do it earlier today, but then I got tired after therapy and decided to take myself to a movie (it had to be done). 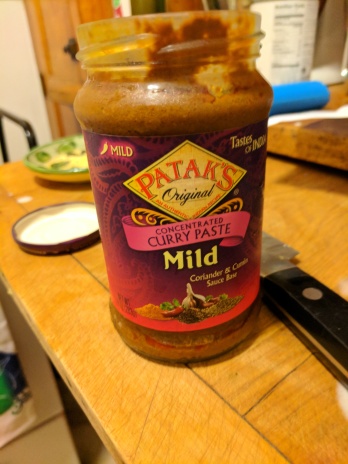 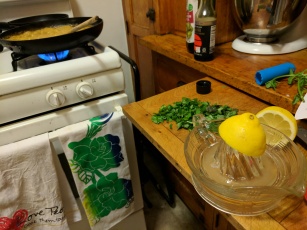 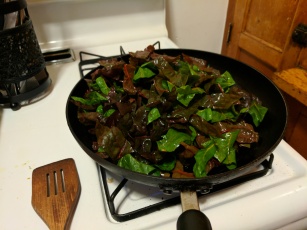 I made this recipe a few days ago, and can still smell curry when I walk into my apartment. The smell reminds me of this guy I dated last winter who claimed to have a housekeeper. He even made up this elaborate lie about having her over for Thanksgiving so she wouldn’t be alone (I know this was a lie because I actually hung out with him on Thanksgiving and he said he hadn’t done anything earlier in the day). He told the lie a few weeks prior. I suppose I could give him the benefit of the doubt, right? Maybe plans had changed for some reason. Or maybe he’s a goddamn liar that was trying to seem like a really sweet, thoughtful guy. Anyway, the first (and only) time I walked into his apartment, I was hit with the smell of curry. Seems to me like an apartment that is professionally cleaned regularly might smell of cleaning products (and not look like a dirty bachelor pad). Honestly, I didn’t mind the smell. Curry smells delicious. The issue I had was the filthy kitchen that was just packed with shit. I mean, why does one dude need all those gadgets? And why is absolutely NOTHING clean? Where has this housekeeper been? Oh yeah, she doesn’t fucking exist and you’re a goddamn liar. I mean, honestly, if you’re going to lie about something like that you should at least see it all the way through and clean your apartment. BE CONVINCING AND CONSISTENT. 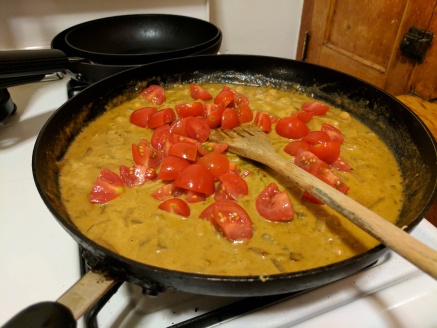 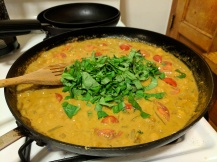 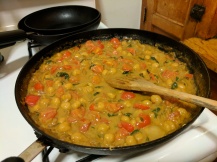 We didn’t see each other again after that because I just wasn’t that interested. He insisted upon texting me once every month or two afterwards, though, just to see if I’d changed my mind(I didn’t). I had deleted his number, but always knew it was him anyway by the fucking ridiculous string of emojis that accompanied every. single. fucking. text. I would still play the game of, “I’m sorry… who is this,” which always pissed him off (and made me laugh). If I tell you to delete my number, just fucking do it. I don’t say something like that lightly. It means you fucked up beyond repair and we both need to move on. Plus, we only went out a few times and I just wasn’t that invested. If I’m on the fence about it anyway AND you’re being a dick… it’s not gonna happen.

I would like it noted that I didn’t stop seeing him because of his dirty kitchen. I’m not that shallow. I stopped seeing him because he was ambivalent about seeing me and would often forget to respond to my texts. I felt like a back-up plan, and that’s just not good enough for me. At 32, I now know I deserve more than that.

I’m finally putting the final touches on this post today (Thursday), though it was mostly written on Tuesday with the intention of posting that day! Fuck. Next week, maybe. I’ll get my shit together one of these day and post on a regular basis. Gotta keep my 20 or so readers happy! Also, I have to keep creating content for Humberto’s English class to read in Brazil. My blog is literally teaching people English. What is your’s doing?

Though, to be honest, this blog is really not appropriate for young teenagers. Am I right? I mean, I guess it’s no worse than me watching Pretty Woman at 5 years old, or obsessing over Boyz II Men’s “I’ll Make Love To You” at the tender age of nine. This is definitely more appropriate than that. Why was no one concerned about that? 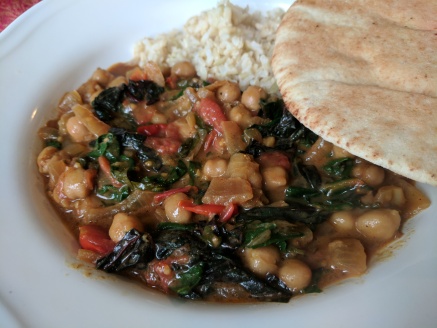 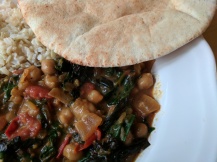 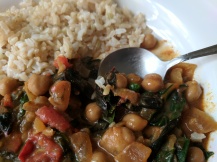 1 can chickpeas, drained and rinsed

Cook the onions with the oil in a large skillet over medium-high heat. Saute for about 5 minutes, until onions are translucent. Add the garlic and cook for another minute. Add in the curry paste, coconut milk, and a pinch of salt. Stir well, letting the curry paste dissolve. Then add in the chickpeas, Swiss chard, and soy sauce. Let it simmer for 5 minutes, stirring frequently. It’ll thicken a little bit. Throw in the tomatoes, basil, maple syrup, and lemon juice. Taste that shit. Add more shit if needed. Serve with rice and some fucking delicious naan bread.

If someone tells you to delete their number, just fucking do it. Don’t be a dick.