I joined Tinder again, because apparently I’m a masochist. The first person I matched with started out the conversation by saying, “Thanks for having a booty. #rare” That, right there, is a direct quote. I thought maybe he would be funny, so I responded with, “Apparently that’s what happens when you love to eat donuts and do yoga all the time.” I then went on to ask him one of my classic Tinder questions… “If you could be one animal for a day, without having to worry about predators and such, what animal would you choose?” This is a fun question, and can tell me right away if I’m intrigued by someone. Basically, the in with me is choosing a sea creature of some sort, though there are really no wrong answers. He chose a T-Rex (stupid) at first, but then backtracked to a dolphin (better). When I asked why a dolphin, he stated, “Because they have sex for pleasure.”

I said, “I mean, it’s only for a day. You would waste the time having sex rather than exploring the ocean?”

He responded with, “Sex WHILE exploring. You gotta open your mind.”

And we’re done. (Also, to quote an interesting human I met recently, “Dolphins are the frat boys of the sea.”) 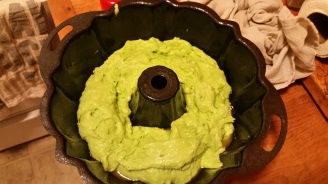 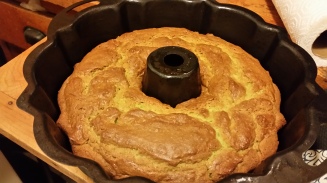 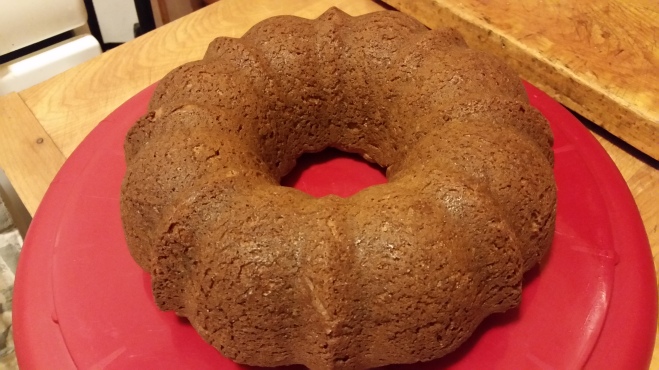 I’ve been back on this app for 1 day, and I’m already being bombarded with sex crazed men. On top of that, I’m currently being strung along by the guy that crushed my soul last month after he sought me out a couple days ago (Dude, I’m a human being with real fucking thoughts and feelings – stop fucking with me), another person can’t set a date for our first meeting despite talking for like 2 months, and the only person I actually like lives a million miles away. A MILLION. No, I’m not being dramatic about that at all. Fuck off.

Sigh. I do not live in a romantic comedy.

In times like these, I could turn to booze. I strongly suspect no one would judge me for it (nor would I care). Instead, I baked a cake in my underwear. Naturally. I got this recipe from my mom’s dear friend in Florida, who is basically like an aunt to me. Thanks for sharing this, Michelle (and for all the wine)! ❤ 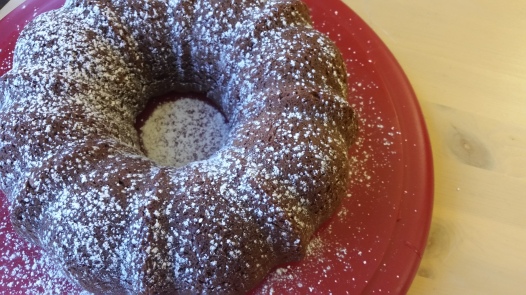 I was going to try giving up sugar for a few weeks, because I tend to get carried away. But then I signed in to Tinder. You understand, right? Of course you do.

Seriously, I just need a normal human to go on a few dates with. I mean, fuck, can we just make it to maybe 4 or 5 dates? Do I have to keep having first dates only? Everyone is horrible. 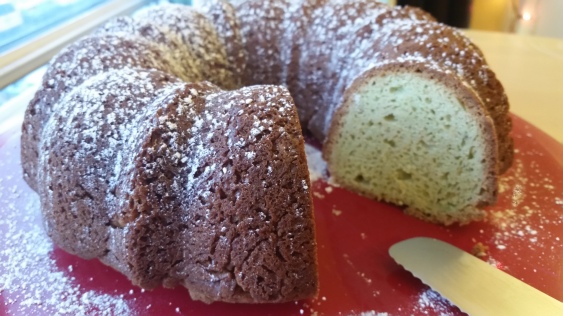 Preheat oven to 350 degrees. Mix the cake mix and pudding mix together in a large bowl. Add the eggs, oil, and milk, and mix on low speed (or by hand) for 2ish minutes. Pour into a greased bundt cake pan and bake for 50-60 minutes. Let cool for 15 minutes before removing from the pan. To remove, just cover the top with a large plate, and flip. If it’s a mess, what the fuck ever… just throw that shit in a bowl and top with globs of the frosting.

Speaking of which, to make the frosting, start with whisking together the milk and pudding mix. Then fold in the cool whip. Serve each slice with a dollop of frosting. You could also opt to skip the frosting and just dust with powdered sugar, which is what I did because my store didn’t have any cool whip (wtf).

Try not to get down about dating apps! Love is out there! Or it’s not, and you’ll die alone. At least you’ll have cake. Win, win. 😉 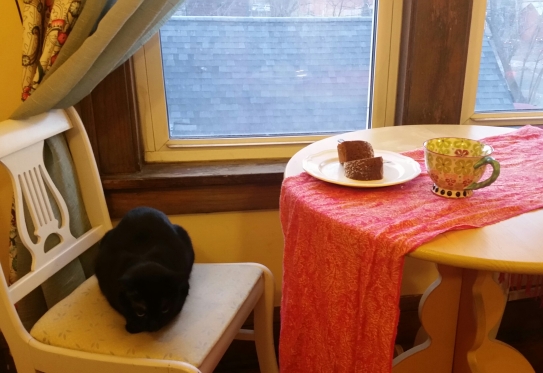