Okay, the online dating continues… errr… it was continuing. Then I decided that I hated everyone and deleted it. Okay, so here’s the thing… the guys I was meeting on Bumble would start out being very nice, but almost 100% of them would think it is okay to say something sexual to me before we even met. And then they’d get pissed and tell me to loosen up when I would fucking call them out on it. When we’re in the middle of talking about how we both like cooking, it is not appropriate for you to say, “It’s fun to cook with another person, but it turns me on when a woman cooks, so that’s a problem.” I’m sorry, what? Are you telling me that you can’t get through cooking with someone because you’ll get too horny? I don’t even know you. Gross. This shit is not okay. And when I called him out on it, he went on to say how he jokes like that with his friends all the time, and that it’s not a big deal because he’s just joking around. I think he was forgetting the fact that (again)…. I DON’T FUCKING KNOW HIM. How the fuck am I supposed to take a comment like that? We’re not friends… I don’t know his personality yet. We’d been chatting on a dating app for all of 10 minutes. Fuck. Get it together. Needless to say, he “unmatched” me for calling him out on his douche bag behavior. 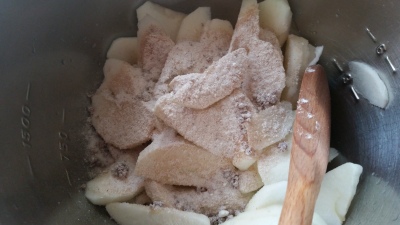 So I decided that I’m done. I was getting really stressed out trying to fit dates into my schedule anyway. And the guys on the app were so aggressive about meeting immediately. I just don’t have time for that shit. I have 3 jobs, plus all the yoga classes to attend, and some amazing friends that I’d rather be spending time with than strangers that may or may not offend me within moments of meeting. I’m taking a break.

Last Sunday I decided to spend the entire day doing yoga, which is something I used to do every Sunday, but haven’t been able to in the last 2ish months. It felt so amazing to just spend the whole day doing exactly what I wanted to be doing, and not having any responsibilities. And I got to do Acro for several hours at the park! This is me in my happy place… 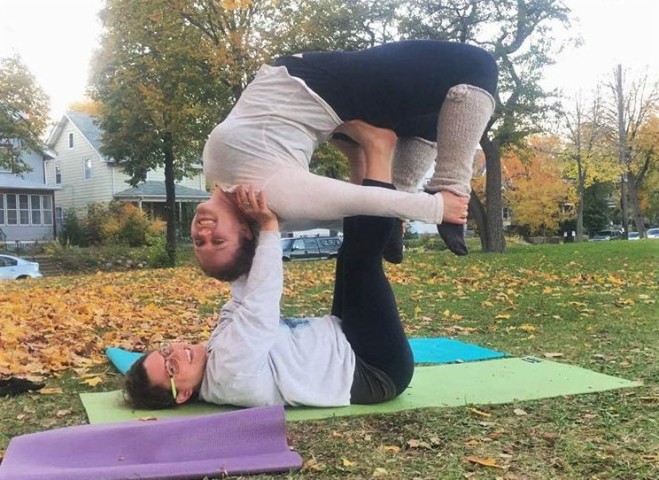 I made these hand pies when Cortney was visiting. My amazing friend (and Acro teacher!) Alyssa gave me the recipe. She wrote it down for me, but didn’t know specifics about timing/measurements for a lot of it. I made 3 batches, but one of them ended up more like cookie dough (I added too much sugar), which was actually awesome (according to Cortney), so I’ll share that mistake in the recipe below as an option. This recipe could easily be made into savory pies, too… just leave out the sugar.

Follow the filling instructions from the apple pie blog post (found here), but cut it down to about 1/4 of the recipe. Once mixed, refrigerate until cool.

For the raspberry filling, it is just equal parts raspberries to sugar (start with 1 cup of each). Boil that until it’s a thickish sauce. You’ll also want to add a few fresh berries to the filling, so make sure to save a little! Refrigerate until cool.

Preheat oven to 350 degrees. Grate the butter with a cheese grater. Throw the grated butter into a bowl, and stick it in the freezer for an hour. After the hour, mix the flour and sugar with the butter, then slowly add ice water until it reaches a dough-like consistency (about 1/4 cup). Wrap the dough in plastic wrap, and freeze for another hour.

Flour a surface and roll dough out pretty thin (thinner than regular pie dough… use your best judgement). Cut into squares, circles, rectangles, or any shape that speaks to you. Scoop some (cold) filling onto half of the square of dough, and fold it over, pressing a fork into the edges to seal it. Sprinkle with a little more sugar, and bake on a greased cookie sheet for about 40-50 minutes (until they are golden brown). Bring them to your local Acro jam (don’t know what that is? Check out AcroYoga Minneapolis)!

Also, serve this warm with ice cream. I didn’t do that, and I’m sad about it every day.

One thought on “Fruit Hand Pies”