I’ve been a little MIA lately because CORTNEY WAS VISITING! It was magical to have her here. Seriously. My apartment felt brighter with her in it. That sounds insane, but it was really very helpful for me to have her here. We did all the “Family Circle” activities. You see, Cortney grew up in Hawaii (without seasons), and always wanted to be able to do the traditional Fall activities that she would read about in Family Circle magazine. So we went apple and pumpkin picking at a local orchard. She lost her damn mind with the pumpkins. I guess in Hawaii they just place pumpkins in a field and pretend they grew there? I mean… why pretend? Just put them on a shelf or something. Seems fucking weird to me. Anyway, she got to have the whole experience and pull a pumpkin right off the fucking vine. It was fucking magic.

Look how cute she is living her dream!

During her stay, she helped me sign up for Bumble (a dating app). I even had my first date while she was visiting! I know that seems weird, but she insisted. She can be very persuasive. So I went out on a date after yoga (I wasn’t going to miss another yoga class for some guy I didn’t even know). We didn’t click, and only ended up having one drink together, but he was very nice and maintained good conversation the whole time. I considered it a successful first try. Keep in mind, this was literally 24 hours after just signing up for the app. It all happened very quickly!

Online dating goes against everything I was taught about strangers as a child. Stranger danger is real… but I guess that doesn’t matter when you’re dating? Apparently it’s totally normal to meet a complete stranger, by yourself, at night. Obviously, I sent a screenshot of his profile, along with my location, to several of my friends… in the event of my impending murder. He even changed the location at the last minute, so I called Cortney and said, “We’re going to this bar instead. If I get murdered, look for me there.” I now realize that’s crazy… he’s not going to murder me at the bar. He’d definitely lure me into a dark alley by offering me donuts or kittens… then he’d murder me. 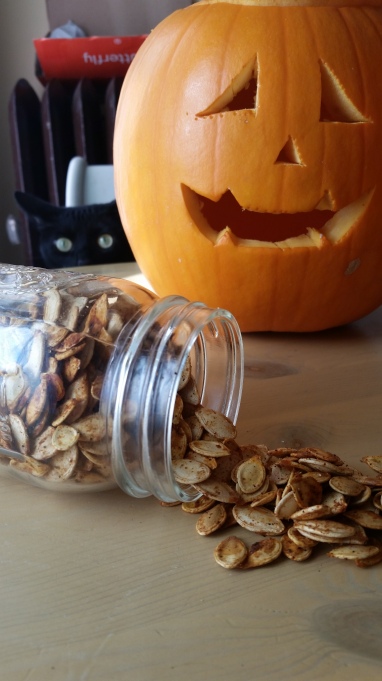 Okay, has anyone ever seen some of these profiles on Bumble? I can’t stop screenshoting them and texting them to all my friends. These people seriously need help. What would possess you to have your main fucking photo be of you in a bathrobe? What are you doing with your life? This is how you want to present yourself? And then when I finally do find normal looking profiles, and actually match with that person, more than half of them don’t message me back. But then! The half that do message me back end up being fucking morons. Or we have some decent conversation, and just as I’m starting to get excited about meeting them, they fucking ghost me. Seriously, guys, I can’t even believe ghosting is a thing. It should just be called “being an inconsiderate asshole.” The others that message me back say gross things like, “Something tells me you’d like to twist my body into new positions and climb on me.” I’m sorry, what? Did you just make a sexual joke about AcroYoga? Acro (and yoga in general) is my safe space. It says right in my profile that I’m a feminist. WHAT ARE YOU DOING? He then followed up with a racist joke about Native Americans, and, when I told him how offensive he was being, said he’d make it up to me by holding the door open. You can’t make this shit up. Delete and block.

Bumble keeps telling me that I’ve run out of people to swipe through.

I think maybe the type of person I’m into wouldn’t use an app.

Advice is welcome. But don’t be a dick.

Can we discuss how adorable Harriet is being while investigating the pumpkin situation? Fuck. She just kills me.

All the pumpkin seeds you can get from as many pumpkins as you want!

Preheat oven to 325 degrees. Rinse all the pumpkins guts off of the seeds (as best as you can) in a colander. A little bit of leftover guts won’t hurt anyone. Pat the seeds dry(ish) with some paper towels. Toss the seeds with a little drizzle of olive oil, plus salt, pepper, and paprika (or whatever seasonings you like!). Roast for 30-40 minutes, moving the seeds around every 10ish minutes or so. They should be slightly browned and crispy. You might be surprised how few seeds are in a single pumpkin. I had 2 pumpkins, and still only ended up with less than a pint of seeds. Cherish them! They are like gold this time of year.

Don’t use dating apps. Just meet people organically. Also, don’t be willing to follow someone into a dark alley if they promise kittens or donuts.

Oh, and don’t lower your standards just because everyone you meet online sucks! I’d rather be alone than date an idiot/bro/racist/sexist/douche bag.

Cortney and I posing with the pumpkins! Fuck, we’re so cute.