I’m writing this on St. Patrick’s Day. Instead of doing shots with frat boys (who does that?), I ate take-out Thai food in the bathtub while watching Grace and Frankie on Netflix. It is now just after 9pm. I’m cooking rice for the upcoming week and waiting for my laundry to dry. This might not sound like much of a night to you, but to me… it feels like magic. It is a night of self care, and it feels so good and so needed. Sometimes, after consistently putting myself out there and dealing with constant rejection and disappointment, it’s important to retreat back into myself. I need this introspective time.

Especially after the rejection from 2 people and the special kind of crazy I found on OkCupid this week. Last week or the week before I screenshot a message I got on OkCupid from a guy whose profile picture was a shirtless mirror selfie. He opened with, “Like full 9 inches ;)” and then signed his name. I screenshot it to show my friends how gross online dating can be and immediately blocked him. His was one of dozens of disgusting messages I had received, so I didn’t think much of it. Fast forward to this week, and I’m starting to talk to a few people on OkCupid. There’s one guy, Mike. He’s cute, 33 years old, went to college, likes to work out, etc. Seems nice enough, and is showing an interest in yoga. He even asks me about chakras. So we exchange phone numbers, and start texting. Then he calls me the day after we start texting, which is pretty unheard of nowadays. I am unable to answer, but text him that he can try again later. We do finally talk on the phone, and he sounds downright manic to me. He’s going on and on about how healthy his diet is (he eats mostly smoothies because you “absorb the nutrients better that way”), and how he’s trying to be so healthy that he won’t even need a dentist or doctor – that he’ll be his own doctor. He mentions how he’s really smart because he “studies” all the time (which is the word he uses to describe falling down the rabbit hole on Google and Wikipedia). He talks about how he likes to get into discussions with people, but that they often get mad at him for knowing so much since he doesn’t have a degree (but, wait… didn’t his profile say he went to college?). He talks and talks for about 10 minutes. I finally get off the phone with him, and already know I never want to meet in person. He’s completely unstable. Honestly, I should do phone calls with all of them. It would save me so much time. 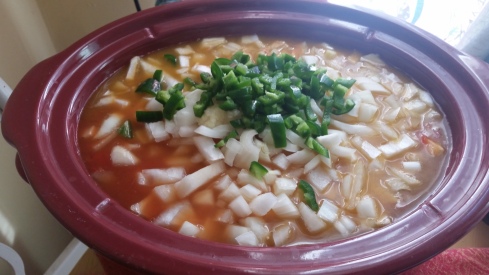 Later that night, as I’m deleting old photos, I find the message from the shirtless mirror selfie guy, and realize that it’s the same fucking person I just spent 2 days talking to. What the FUCK is wrong with people?! He went out of his way to create a brand new, normal sounding profile, and decided to find me again after being blocked? Holy shit that’s fucked up. I end up texting him the screenshot and telling him to delete my number. I haven’t heard from him since.

Tonight marks the third night in a row of getting a full night’s sleep. I do have a date tomorrow, but it’s a daytime date. Those are nice because they don’t keep me up late, plus they’re so much more casual. There’s less pressure. This guy is weird about coffee dates, though (I mean, honestly, what the fuck is wrong with getting a cup of coffee or tea together?), so we’re meeting for a drink at 1pm. Who does that? People that need alcohol to loosen up, that’s who. He already has a red flag now, and we haven’t even met yet.

Update: It’s now Sunday night (2 days later), and I ended up having a great date yesterday. We had our second date on the same day as our first… which just means we hung out at 1pm, and then again at 6:30pm. He seems like a decent human, and he’s a cat person. I started talking myself out of being excited about him on my drive home from our “second” date. But then I realized… if I’m not going to get excited about someone I have an awesome date with… then what is the fucking point? One of my biggest fears is becoming bitter and jaded, which will close me off to people. Fuck that. I refuse. Online dating will not get the best of me. If I’m excited about someone, then good. I’m fucking human. Fuck what anyone else thinks. And if this doesn’t turn into anything (my history tells me it won’t), that’s fine. But just because my history says it won’t be anything doesn’t mean I can’t be open to it.

I made soup this week because I actually made time for myself. I highly encourage you all to do the same.

1 can pinto beans, drained and rinsed

Salt and pepper (be generous)

Throw everything (except toppings, obviously) into a crock pot and cook on high heat for 6ish hours (I did 8 hours).

In a large pot on the stove, saute the onions with a little olive oil and salt and pepper for about 3 minutes. Add the peppers, garlic, and seasonings, stirring to combine, and cook for a few more minutes. Add the canned tomatoes, tomato sauce, broth, and water bring to a low boil. Pour in the quinoa and cook for about 20 minutes before adding the pinto beans. Cook until beans are heated through. Serve with any/all toppings. I highly suggest eating this with tortilla chips instead of a spoon. Fuck spoons.