I’m constantly trying to be healthier. This is contradicted by my excessive cookie and donut consumption (not to mention my drinking), but I do the best I can (no I don’t).

I have developed this habit of eating snacks instead of meals lately. I don’t know how this happened… I’ve never been the type of person to substitute a snack for a meal. I mean, more food versus less food? More food always wins. The other night I literally ate a handful of tortilla chips before collapsing into bed. Since when does 150 calories of chips count as a meal to me? It’s all very confusing.

Today for lunch, I ate half of a veggie wrap. HALF. I’ve never eaten half of anything. Except a pizza. I always eat half a pizza. 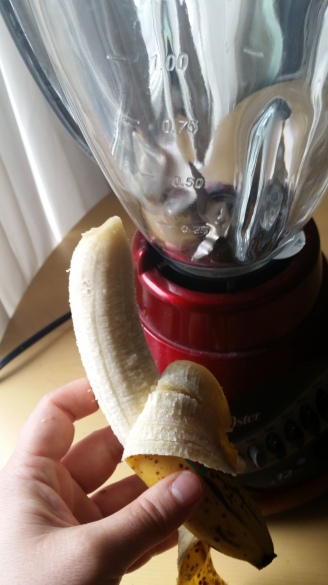 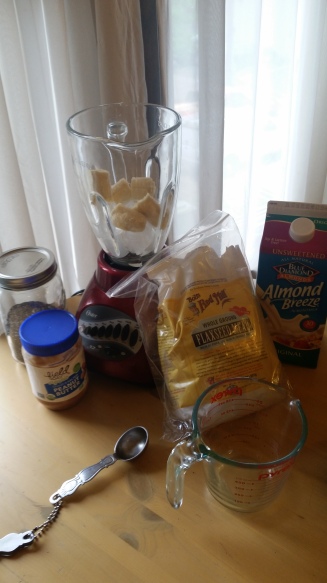 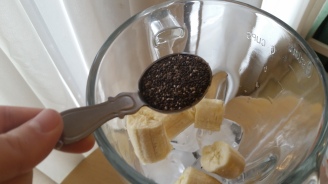 This may not surprise anyone, but I’m a recovering binge eater. I didn’t have the words to describe what I was doing until about a year ago, but I’ve known that I “emotional eat” occasionally (or, when I was in college, a LOT). It’s been mostly under control for the last few years, but I still indulge a lot (which is not the same as a full on binge). This eating half of something, and saving the rest for later is completely new. I’ve done that on occasion, but not without it being a real struggle for me. Lately, I’ve actually been recognizing when I’m full, and then (gasp) not eating any more.

When did I become such a balanced human being?

I’m wondering if it has to do with all the yoga, and being more aware and accepting of my body. This is why I’m so adamant about loving your body, and encouraging others to love their bodies. There’s no one way to look. We’re all different, and there is nothing wrong with that. Shaming each other only creates anxiety and eating disorders. No one really wants to cause that for someone else, right? Unless you’re a real asshole. In which case, go fuck yourself. I’m not listening to you.

I also used to obsessively count calories, which I realize contradicts a binge eating disorder, but is true nonetheless. One of my go-to foods during the calorie counting phase (do “phases” last for years?!) was this banana peanut butter smoothie. My friend (and former cafe coworker), Eva, made it for me. Her original recipe is a bit simpler, but this is still a very quick “meal,” and I’ve added some more nutritional value (back then I was only worried about it being the least amount of calories possible). I no longer pay attention to caloric intake, but choose to eat whatever I want in moderation. And I always try to add extra nutrients to my food via chia seeds, flax seed, nuts, an added veggie, etc.

Also, sometimes I want mac and cheese for dinner… and that means I get to have it. Anyone who says otherwise can fuck off.

1 banana (or two, for added creaminess)

1 large spoonful of peanut butter (This is something I used to measure obsessively – don’t do that! Just throw in a big spoonful and be happy!)

Throw it all in a blender, and blend until smooth. Sometimes I add berries. Sometimes I omit the peanut butter and add a lot of berries, and some OJ. Do what you want.

Don’t let anyone tell you that you’re not awesome just the way you are.

New blog! All about my experience taking a class from @gesinebp in Vermont a few months ago. It also started me on my sourdough journey, leading me down a very winding path! Here are sourdough discard biscuits that are super easy! Link in bio. . . . #mplsblogger #bakedinvermont #eggs #eggsandwich #breakfastisthebest #breakfast #delicious #tinyasskitchen #eatmebakery
I made focaccia! And you can too! It's surprisingly easy, with very few ingredients. Link in bio for blog. Share with friends! . . . #foodblogfeed #foodbloggers #foodbloggersofinstagram #foodbloggerlife #whatfoodbloggerseat #nomnomnom #delicious #eatmebakery #yummy #rosemaryfocacciabread
I just want to eat fancy ass breakfast every day. Who's with me? . . . #tinyasskitchen #breakfast #eggs #overeasy #microgreens #farmersmarket #eatlocal #breakfastisthebest #foodblogfeed #foodbloggersofinstagram
Another variation of the veggie egg scramble from my last blog post. This one has green beans, green onion, mushrooms, kale, and sausage. It was the last of all those veggies in the fridge, so now I'm going shopping. How do you like to scramble your eggs? . . . #tinyasskitchen #eggs #scramble #veggies #eatyourveggies #eater #eatermpls #nomnomnom #sourdough #butter #cookingwithoutpants #cooking #breakfast #saturdayvibes
This looks like a plate of garbage, I know. But trust me, it's fucking awesome and super simple. It can be made on a lazy Sunday, or a hectic Monday. And it can be made with any veggies you have on hand, which means there are no excuses to skip breakfast. So get cookin'! #ontheblognow . . . #linkinbio #minneapolisbloggers #minneapoliseats #twincitieseats #eeeeeats #eggs #breakfast #scramble #veggies #vegetarian #glutenfree #broccoli #mushrooms #spinach #foodblogfeed #minneapolisfoodblogger
This is my face when digging into a surprisingly delicious veggie kabob. I had the pleasure of trying several vegetarian options at @blacksheeppizza for this photoshoot, and it was all incredible! What will you be eating this weekend? . . . #blacksheep #pizza #mplseats #vegetarian #eatyourveggies #eatmebakery #veggiekabobs #apps #fingerfood #eatdrinkdishmpls