Last night I attended an event run by “Women Who Really Cook,” which is an organization for women in the food industry. I was invited by another vendor that I made friends with at my last market. Having no idea what to expect, I was pleasantly surprised to be greeted with a glass of wine and a huge spread of gourmet food. After shoveling everything into my mouth, repeatedly exclaiming that the mango cream puffs taste like Hawaii, I was blindsided when we had to introduce ourselves to the group. It was a large group, in a relatively big space, so there was a microphone involved. I briefly introduced myself, and then, when they couldn’t hear me, made a joke about having to hold the microphone inside my mouth. I continued with, “Hi, I’m Kelsey, and I own Eat Me Bakery.” I explained that I am brand new, and made a joke about how I only just started saving receipts (I have 2 sitting on the microwave, ready to be filed… I do not have a file). No one laughed. I think they might have been genuinely scared for me. I wrapped things up, and went to sit down, when an older woman on the other side of the room asked me to repeat the name of my company. “Eat Me Bakery,” I said, and went to sit down.

She produces a baffled look and asks me to repeat it again.

“EAT. ME.” The microphone is literally in my mouth.

The women around her start trying to help her out, but she still doesn’t get it, so I keep going.

“EAT. MEEEEE!” I’m starting to look around for help. 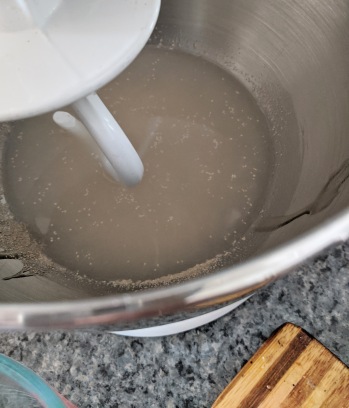 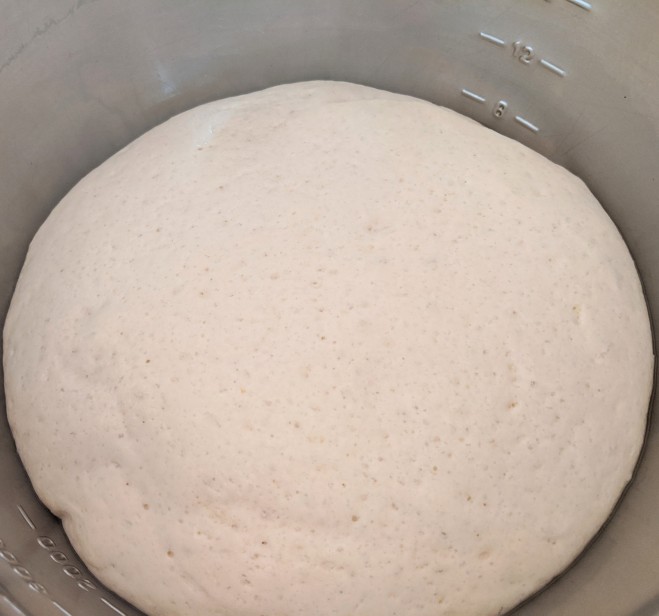 I don’t know how many more times I said it, but the women sitting near her finally clued her in. I awkwardly laughed and finally sat down.

Half an hour later, at the bar meeting new people, one woman says to me, “My favorite part of the night was you repeating ‘EAT ME’ with the microphone in your mouth.”

So glad I could make an impression. 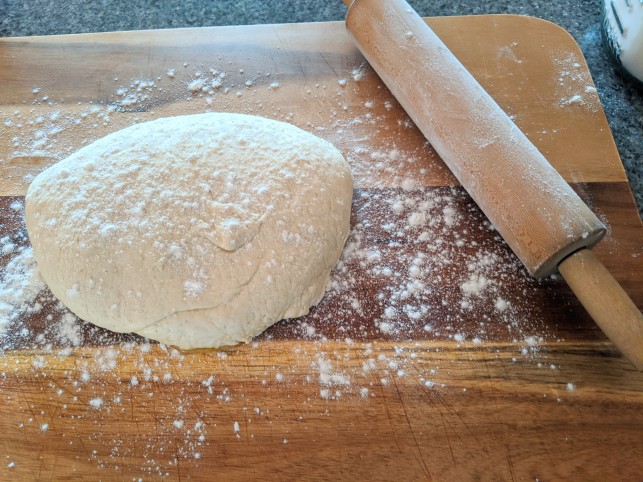 T has been on my ass to make bread for years. Sourdough specifically. He tried to make a starter once, but killed it pretty quickly. We just don’t know what we’re doing, and it is kind of a pain in the ass. We’ll get there someday. For now, there is focaccia.

I made this the other day after Minneapolis experienced a blizzard, followed by the sunniest day we’ve seen since October. I soak up as much of the sun as I can get right now, as our entire month of January was one big cloudy day. This recipe is perfect for days when the sun is streaming in, but it’s actually too cold to exit the apartment. Having the oven on with the sun beams makes it almost feel like it’s not a frozen tundra outside. Almost.

Add warm water and sugar to mixer with dough hook attachment(or mixing bowl), and stir to combine. Sprinkle yeast over the top, stirring gently. Let sit 5-10 minutes, or until it starts to foam. Once foamy, turn the mixer on low and add in the flour, salt, and olive oil. Increase to medium-low and let it mix for 5 minutes. If you don’t have a mixer, I imagine you would just knead the shit out of it at this point? For 5 minutes non-stop… or maybe longer because kneading isn’t the same as using the mixer? Your guess is as good as mine!

If it’s not balling up onto the dough hook, and pulling away from the sides, then sprinkle 1/4 cup more flour and continue to mix. After mixing for the full 5 minutes, place the ball of dough in a grease bowl and cover with a towel. Let sit in a warm spot for 45-60 minutes, or until about double in size.

Preheat oven to 400 degrees. Turn the dough onto a floured surface. I think parchment paper would be better here, though. My dough stuck to the cutting board, and it was a fucking bitch to remove. That’s why it’s all bunched up in spots. But whatever – it still baked up and tasted good. Roll out your dough until it’s about 1/2″ thick (I rolled mine too thin, and parts of it were very cracker-like. Don’t be like me.). Then cover it with greased plastic wrap and let rise another 20 minutes. Transfer to a baking sheet and use your fingers to poke lots of holes in it. Drizzle with olive oil and sprinkle with chopped rosemary and sea salt. Bake for 20 minutes, until golden. Marvel in the fresh baked bread glory.

It was too thin. I’ll roll it out less next time.