Okay, so here’s the thing. I fucked up pretty hard on this recipe last week when I was trying to bake it in a bundt pan to be fancy. I should know better than to try and be fancy. But I wanted something that looked different from my other loaf cakes (rhubarb and grapefruit). I wanted a bundt cake with a glaze. Is that so much to ask? I have a few glass cake stands with domes leftover from my wedding 7 years ago (at least something lasted), and I thought one of them would look so sweet with a glazed fucking bundt cake sprinkled with slivered almonds. I mean, that would have looked amazing! Right?! So professional. 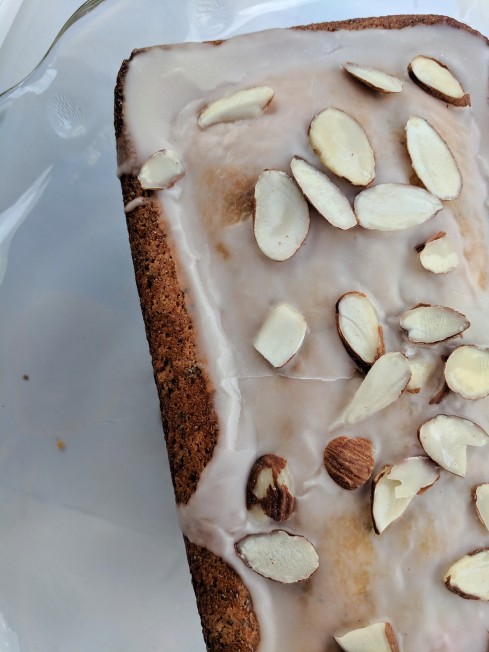 I baked this cake as directed on the recipe (I mean, with a few small edits of course). I sprayed the shit out of my bundt pan, which I should mention was purchased from Zabar’s back in my NYC days to make a wine cake that turned out to be fucking disgusting. It didn’t help that I purchased red “cooking wine” at the shittiest of shitty C-Town groceries stores in Harlem, instead of whatever nice wine the recipe required. I was literally making $7.50 an hour while living in Manhattan, so nice wine wasn’t really on my priority list. I did have a weird love affair with Malbec during that time, but I was certainly not going to pour it anywhere other than down my poor-ass gullet. Anyway, I literally haven’t used that pan since the wine cake fiasco, but I don’t remember having a problem with it back then. This time, though, that shit was not going to separate itself from the pan. They were fused as one the moment I poured in the batter. The recipe warned me that it would be difficult to remove from the pan, so I was supposed to wait until the cake fully cooled. It was starting to get late the night before the farmer’s market, so I stuck it in the fridge to speed things along. Then I banged it on the counter so hard that all the cats scattered. NOTHING. 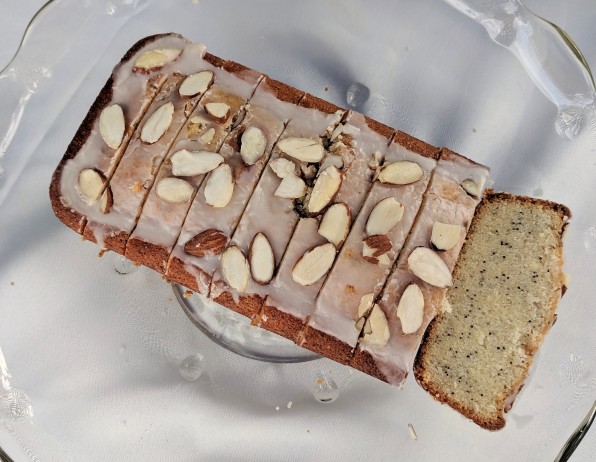 After several attempts, the first chunk came out. I admitted defeat, covered the cake in foil, and went to work making another batch with loaf pans instead. The trick with loaf cakes is that you can line the bottom with parchment paper to avoid ANY OF THIS UNNECESSARY BULLSHIT. 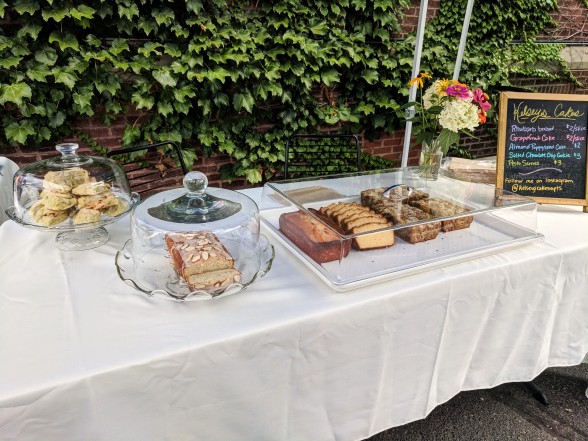 How cute would a bundt cake have looked on that cake stand?!

Not all is lost, since T and I have literally been eating the cake with our hands right out of the pan all week long. 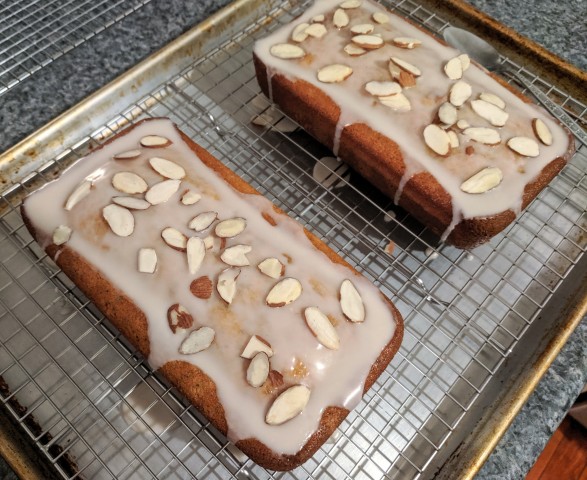 Oh, and the loaf version turned out perfectly. Here’s the recipe, minus my minor edits (I can’t give away all of my secrets). 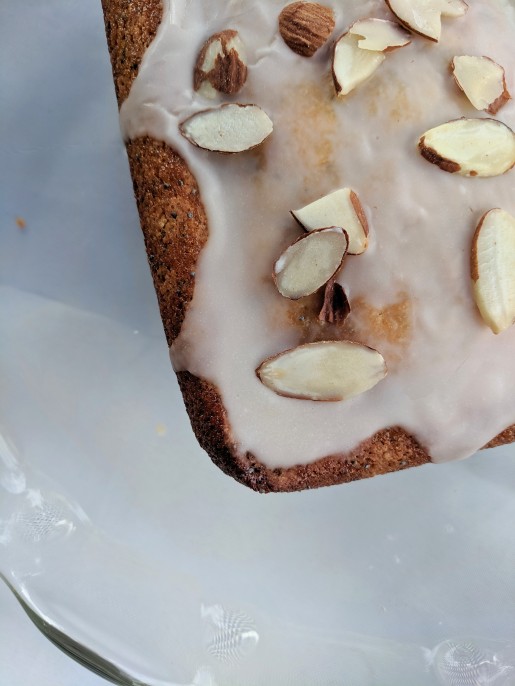 Optional: 1 1/2 tablespoons poppyseeds (this does nothing for the flavor, but it looks so much prettier)

2-4 tablespoons milk or cream (I used water because I was selling to the general public, and cottage food licenses don’t allow for un-refrigerated dairy outside of butter)

Preheat oven to 350. If you’re feeling brave, thoroughly butter and flour a bundt cake pan. Do not do this unless you are a goddamn professional. If you’re a normal person like me, use 2 loaf pans. Line just the bottom of the pans with some parchment paper and grease the whole thing. You just can’t be too careful.

In a large mixing bowl (only one bowl needed – yay!), beat the sugar with the eggs. Mix in flour, baking powder, milk, and almond extract. Mix well, then add in the melted butter. Fold in the poppyseeds. Pour into cake pan(s) of choice and bake for 40-50 minutes. Edges should be golden brown, and a toothpick should come out clean.

Allow to cool for 20 minutes before removing from loaf pans. For bundt cake pans, remove at your own risk, but only once completely cooled. If you can’t remove it from the pan, don’t fret. Just look at it as a gift from the snack gods.

For the glaze: whisk together powdered sugar, almond extract, and milk/cream. Pour over cakes after they are completely cooled. Sprinkle with slivered almonds. 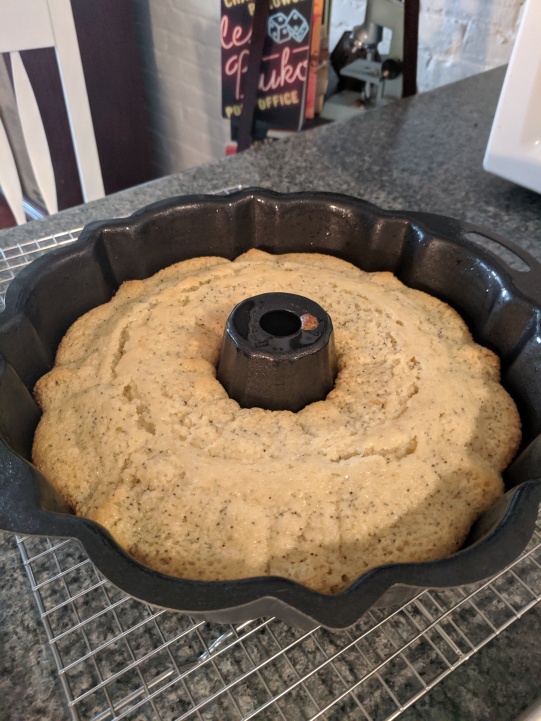